Consuming rock salt is very beneficial for health. Rock salt is considered to be the best among all the salts. Rock salt helps in getting relief from many problems.

Rock salt is used as medicine in Ayurveda. Minerals found in rock salt work to protect the body from many diseases.Rock salt is very beneficial for our health and it can be eaten daily, not just during fasts.

What is Rock Salt? 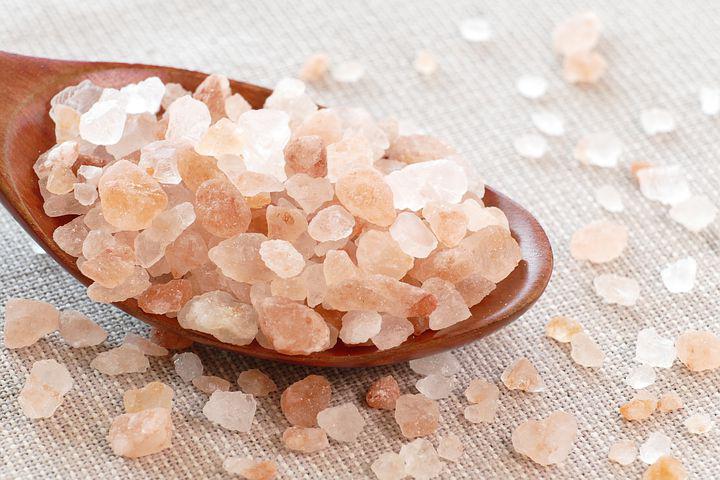 Rock salt is considered pure salt because it does not involve any chemical process. It is completely natural and is formed when salt water from a sea or lake evaporates and leaves colored crystals of sodium chloride. It is also known as halite, sandhav lavana or rock salt.Although Himalayan pink colored salt is also known as rock salt. But there are many varieties in it. Rock salt is also special compared to common salt because more minerals and compounds are found in it. Which benefits our health in many ways.

It is believed that this salt came from the Indus region, it was brought from there and sold all over India. That is why it was also called Lahori salt. You will be surprised to know this, but it is true that it is salt, but it also contains iodine, but it is good iodine. It is a kind of mineral, which is found in the mountains. It comes into existence by forming a mixture of magnesium and sulphur. That’s why it is also called Epsom salt.

Its special thing is that this mineral produces sulfate and magnesium ions as soon as it is mixed with water. The specialty of this salt is that as soon as it mixes in water, it works in such a way that it produces sulfate, magnesium and ions. Rock salt also contains phosphorus, potassium, chromium. The chemical name of rock salt is sodium chloride. One good thing is that this salt has a cooling effect, so it is used more in summer. Due to its availability in the Sindh area, this salt is used the most in Punjab.

Like other types of salt, the chemical name of rock salt is sodium chloride (NaCl). Its chemical formula is also called potassium chloride (KCl). Benefits of rock salt reduce the problem of muscle cramps

Changes in the weather or cold-hot food can lead to the problem of cold and flu. Because of this, there may be a sore throat. At the same time, rock salt may have decongestant properties, which can help in loosening the mucus containing bacteria trapped in the throat and removing it from the body. In addition, it can also give relief from the problem of cough.

If someone is troubled by the ever-increasing weight, then one should consider changing the variety of salt used in the food. Rock salt can be used in place of common salt. This salt can help reduce appetite for some time and burn fat.This can help in controlling the weight.

Benefits of rock salt in headache and migraine

The benefits of rock salt also include reducing stress. Salt therapy can be used for this. The process of salt therapy can vary. Under this, bathing with salt water can be done. In addition, using salt during a spa can also help reduce stress hormones. This process is called Halotherapy.

The cleansing and detoxifying properties of rock salt can make the skin smooth and soft by exfoliating dead skin cells. In addition, it strengthens the skin tissue, which can maintain newness in the skin. For this, rock salt can be used as a scrub for the skin.

Use of rock salt for hair

The cleansing and exfoliating properties of rock salt can help remove dead skin cells and dirt from the scalp. For this, you can use it by adding rock salt to the shampoo. Rock salt can be mixed in water while washing hair.

Rock salt is beneficial for gums

Bleeding gums is a serious matter. For this, make a mixture of triphala powder and neem powder by mixing 1 teaspoon of rock salt. Massage the gums with this mixture and then rinse with water. The amount of the mixture should not exceed a pinch.

Rock salt is beneficial in relieving joint pain and stiffness. Make a bundle of one cup of rock salt and heat it. If it is fit to bear the heat, then keep it on the affected area and keep it for 4-5 minutes. By doing this you can get relief from joint pain in a few days.

The benefits of rock salt are popular as many home remedies. After a tiring day, put rock salt in hot water and soak your feet or you can take a bath with this water. By doing this the body gets relief and if there is pain in the legs, then there is relief. Bathing with rock salt can provide relief in the pain of arthritis. Many studies have been reported by people that after bathing or soaking feet with rock salt, pain and swelling can be relieved.

Indigestion or digestion problems occur due to untimely or unhealthy eating. The benefits of rock salt can be used as a home remedy to get relief from digestive problems. Sometimes if there is a problem in digestion, add 1 pinch of rock salt to a glass of water and drink it on an empty stomach. By doing this, the problem of digestion can be relieved.

It is believed that magnesium helps to keep the heart healthy. The benefits of rock salt are rich in magnesium. With the help of magnesium, the flow of blood in the heart remains normal and correct, which keeps heart disease away. But its benefits will also be there only if you consume it in the right amount.

The benefits of rock salt can help in keeping the brain healthy. It has been found in many studies that the intake of magnesium increases the amount of serotonin. Serotonin is a pleasure hormone that increases in the body when magnesium is consumed. By increasing the happiness hormones, the brain remains healthy and it also helps in relieving anxiety.

What is the right way to eat rock salt? 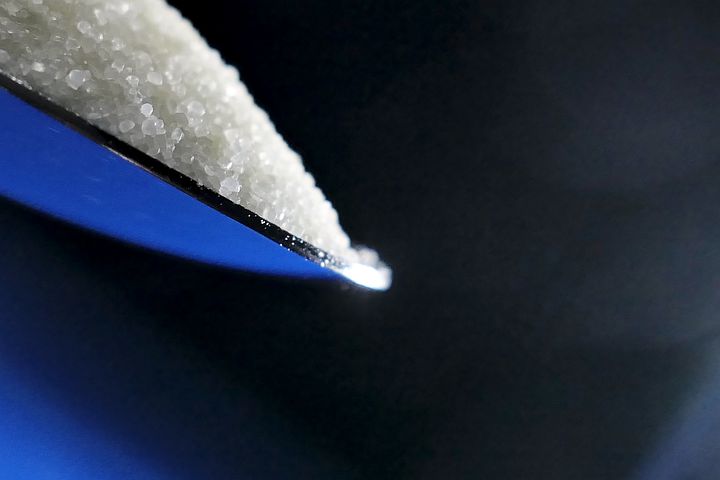 Rock salt is generally used in fasting or in preparing a sattvik diet, as it is natural and is considered to be the purest. Just as we use iodised salt in cooking, similarly rock salt can also be used in food. You can use rock salt regularly in your food according to taste.

What is the difference between rock salt and common salt?

Common salt and rock salt have only two things in common, that is, the word ‘salt’ comes in their name and they look alike in appearance. But on closer look these two are completely different from each other.

Common salt and rock salt are made of different metals which is the biggest difference between them.

But rock salt has been used in the treatment of many diseases for many years. Rock salt is rich in magnesium, due to which medicines are also made from its use.

Side Effects Of Consuming Rock Salt 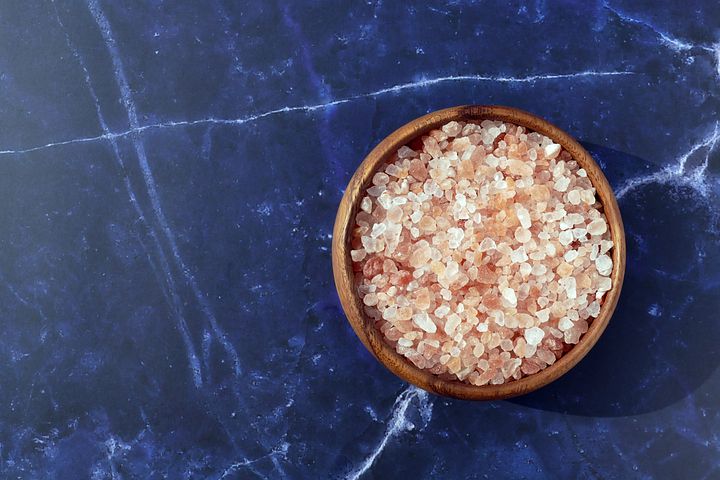 Rock salt is used externally as well as in food. Be careful while using rock salt if your body is sensitive.

People who have sensitive skin should not use rock salt on their skin. Or people who have skin infection should also stay away from the use of rock salt. Doing so can cause infection or inflammation of the skin.

Consuming rock salt in excess can cause stomach related problems such as diarrhea, constipation etc.

Consuming rock salt in excess can cause stomach related problems such as diarrhea, constipation etc.

Consuming rock salt in large quantities can increase the amount of magnesium, which can also cause damage.

Increasing the amount of magnesium can put the heart at risk.

While bathing with rock salt, take care that there is no wound or injury. There can be trouble if there is an injury or wound.

Be careful while consuming rock salt directly from the mouth.

Pregnant women must consult a doctor before consuming rock salt.

People going through kidney disease should stay away from rock salt and if they want to use then definitely consult a doctor.

Rock salt should not be consumed by a small child.

What is found in rock salt?

More than 90 minerals like calcium, iron, potassium, magnesium and copper are found naturally in rock salt.

What is the effect of rock salt?

Rock salt has a cooling effect. It can keep the body cool, but it is salty in taste.

Is it safe to eat rock salt?

Yes, using rock salt in food can be considered completely safe. The disadvantages of rock salt are also considered less. Its side effects have been mentioned above in the article. Just take care of its correct amount.

Should rock salt be used for kidney patients?

Yes, according to various researches, chronic kidney disease patients can use rock salt in place of common salt i.e. table salt. This can prove beneficial for them.

How much rock salt should be eaten? 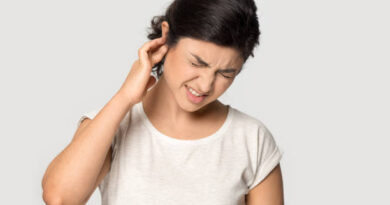 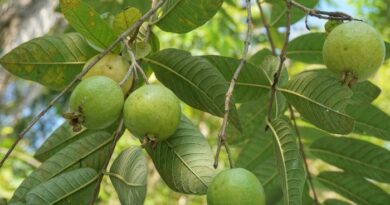 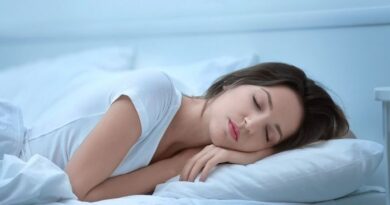 10 Reasons Why Sleep Is Important? Benefits Of Sound Sleep